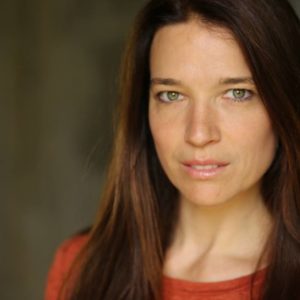 Kerry has been teaching dancing for 15 years following a career as a dancer.

She grew up attending the local dance and musical theatre school whilst also going along to her mum’s ballroom and latin dance school therefore gaining the best of both worlds dance wise.

After graduating from Laine Theatre Arts with a Musical Theatre Diploma and A.I.S.T.D teaching qualifications she went on to work in London’s West End in show such as Chicago, We Will Rock You, Grease, Follies, and various others.

Kerry also worked on the commercial side of dancing in many pop videos and tours  including Blue, Sugababes, Goldfrappe; Moloko; Groove Armada; Sash; Bryan Adams, and many more plus commercials; hair shows; fashion shows and TV dramas.

In 2008 life changed with the arrival of her little boy and with the move to Oxfordshire Kerry began teaching again. With such a varied background in dance, Kerry loves being able to bring her skills to involve as many people from all different ages and walks of life into her love of movement. The wedding dance lessons began initially with being asked to teach a friend and hubby-to-be to learn a first dance routine. From there Kerry set up her wedding dance business (initially called Take The Floor and now Anyone Can Dance). Local schools asked for various musical theatre workshops and now Kerry teaches regularly in schools across the area right from preschool classes to 6th form salsa!

All of Kerry’s classes whether group lessons or private lessons are designed primarily with the intention of bringing the joy Kerry feels dancing to as many people as she can! Essentially that Anyone Can Dance!

Check us out and follow us on our Social Media!